According to an article published today by the Irish Mirror, criminals are buying fake euro notes online and distributing the cash across the country.

'An Irish Mirror investigation has learned that the plot – orchestrated by a gang in Munster – involves a sophisticated network of handlers buying items with the counterfeit currency. The website, which we have not identified, has dozens of images of fake euro notes of all denominations.

A source said: “This has come about after several incidents when forged cash has been passed to shops in rural areas. The notes are described to be souvenirs or antiques but in reality criminals are taking advantage of them and pass them to busy shops and in pubs. There has been some activity where the gang have been detected passing the notes and gardai are investigating that. Typically they are doing this in rural areas, presumably hoping the shop keeper will not recognise the fakes.” 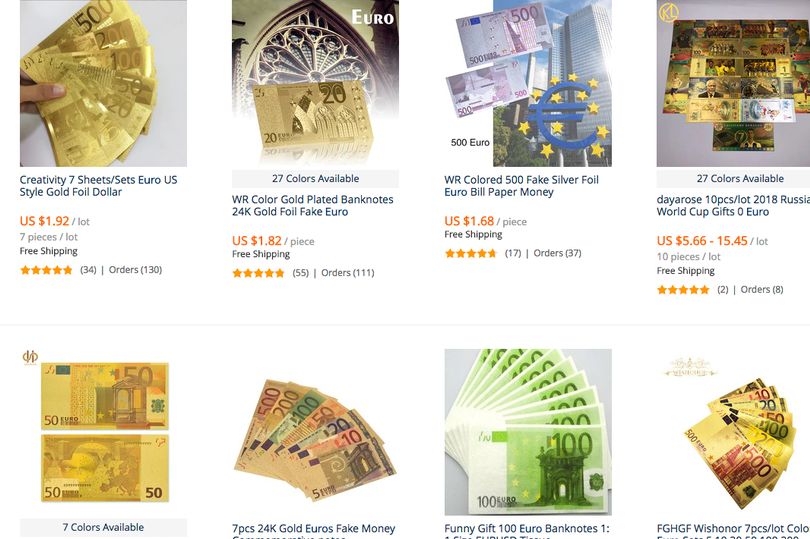 Arrests have been made in relation to at least one incident and gardai are examining how the money arrived in the country. A dedicated team of detectives in the Garda Economic Crime Bureau is investigate counterfeit notes. Local gardai who seized the fake money send it for analysis to garda headquarters.

A source explained: “Each individual note is logged and examined forensically for marks that might identify the forger. A database is kept to cross reference from previous batches. The Central Bank is also in contact with other European agencies to monitor the situation."

A Garda spokesman would not comment on specific cases but said: “We would remind retailers, business people to always check cash as high-quality fake cash can easily be passed as genuine. Most fakes differ from genuine notes in the watermarks, which are superimposed on the fakes rather than embedded during manufacture. To an untrained eye fakes can be passed easily particularly if they are distributed in pubs and nightclubs.”