People are being urged to keep a lookout for counterfeit £5 notes.

The 'plastic' fiver, first released by the Bank of England in September 2016, was at the time said to be the safest bank note year as it has new security features.

However, a man has claimed he was handed counterfeit currency last week and is now warning other people to watch out, reports Wales Online .

Peter Fowler, 37, bought lunch (in) South Wales on Friday and was given a £5 note as part of his change.

But when he folded it up to put it into his wallet he said he noticed something strange.

He said: “It felt like a plastic carrier bag. It felt like it was made out of thin plastic. I looked closer and saw the Big Ben was missing and part of the serial number and the Queen’s face were coming off.

“When I compared it to a genuine note I already had I also saw the silver strips were green.”

Mr Fowler, who works as a heating engineer, said that if he had been given the £5 note with other notes, he wouldn’t have realised.

“At first glance, it looked real. People definitely need to pay attention when they’re being handed their change,” he said.

“A lot of people won’t think twice when putting it in their pocket and it’s a lot of money to lose.” 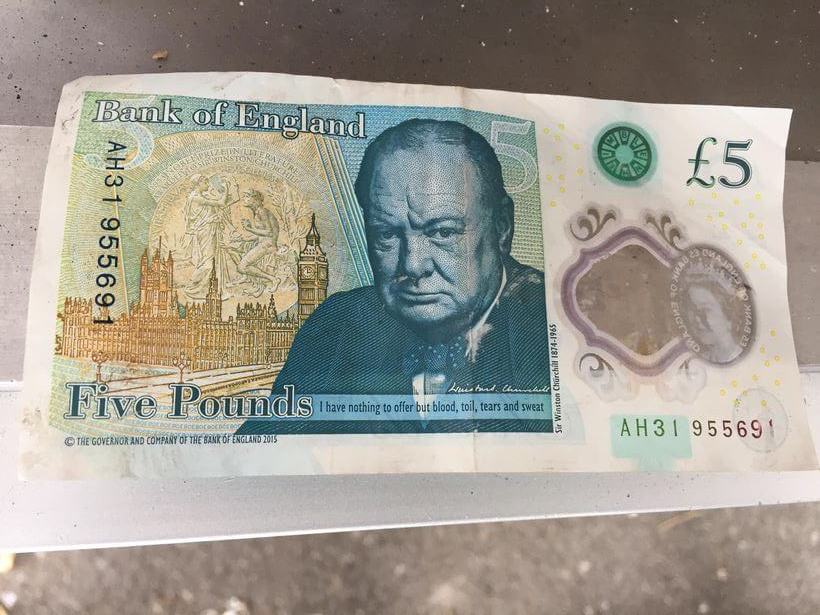 The Daily Star reported the same story one day earlier with the following information which was not included on The Stoke Sentinels story above...

However, it is not clear if the note is fake or damaged.

The Bank of England previously said a small number of the new notes had been damaged from incidents including washing at high temperature.

A spokesman said: "In some cases this has resulted in the foil Elizabeth Tower being removed.

"These notes are damaged genuine banknotes not counterfeits, and a lot of other security features remain intact such as the Queen’s portrait in the window and the microlettering.

"The Bank has not seen any counterfeit Churchill £5 notes printed on polymer."